Washington: A towering whirlwind of dust passed right over the Perseverance rover as it explored the site of an ancient lake on Mars – and the rover recorded the first sounds of this Martian dust devil using its microphone.

Dust devils, or dust whirlwinds, are common on Mars, and they’re part of the weather patterns on the red planet.

Other missions have gathered images, weather data and dust measurements of these events, and the NASA InSight lander even recorded seismic and magnetic signals created by the dust devils. But sound has been the missing element — until now.

When the Perseverance rover landed on Mars in February 2021, it became the first mission to carry microphones on a journey to the red planet.

The robotic explorer’s SuperCam microphone just happened to be turned on and recording on September 27, 2021, when a dust devil passed directly over the rover, according to a new study published Tuesday in the journal Nature Communications.

During an 11-second clip captured by the microphone, there are two periods of low frequency wind as the leading and trailing walls of the dust devil pass over the rover, said lead study author Dr. Naomi Murdoch, researcher at the University of Toulouse’s Higher Institute of Aeronautics and Space.

During an 11-second clip captured by the microphone, there are two periods of low frequency wind as the leading and trailing walls of the dust devil pass over the rover, said lead study author Dr. Naomi Murdoch, researcher at the University of Toulouse’s Higher Institute of Aeronautics and Space.

Crackling and hissing can be heard during the event, which were determined to be dust grains hitting the rover.

The researchers were able to count the particles in the dust devil as they hit the rover, leading to a completely new type of measurement on the red planet, Murdoch said. It’s the first time an instrument has been able to quantify lofted dust on Mars.

Images and other data sent back by the rover also confirmed what happened. When the researchers pieced all of the elements collected by the rover together, they determined that the dust devil reached more than 387 feet (118 meters) tall and spanned 82 feet (25 meters wide) – about 10 times larger than the rover itself. While this sounds like a massive whirlwind, it’s the average size for Martian dust devils, Murdoch said.

The researchers were surprised to discover that dust accumulated inside the dust devil, rather than just being carried inside the outer walls – possible because the dust devil may still have been in the process of forming as it moved over Perseverance.

Dust devils serve as indicators of turbulence in the atmosphere on Mars and they play an important role in the Martian dust cycle.

Learning more about how dust becomes lofted and moves on the red planet – a key feature of its weather and climate since dust is its main feature – can help scientists better understand the formation and evolution of dust storms.

A planet-encircling dust storm is what ended the Opportunity rover’s 15-year mission in 2018.

Perseverance’s wind sensors have already been damaged due to lofted dust particles likely carried by wind or a dust devil, Murdoch said.

Dust devils have a reputation for being both helpful and harmful on Mars.

The InSight lander’s mission is expected to end this month after spending four years studying quakes and other phenomenon on the red planet. Layers of dust have collected on its solar panels and prevented the spacecraft from collecting enough power to continue operating its instruments.

Dust devils occur frequently in Jezero Crater, where Perseverance landed, but they seem to be absent at InSight’s home in the flat plain of Elysium Planitia – and researchers aren’t sure why.

Other Mars missions have actually benefited from regular cleanings by dust devils, which acted like vacuum cleaners for the dust collected on the solar-powered Spirit and Opportunity rovers and provided them with longer-than-expected lifespans.

The University of Toulouse’s Higher Institute of Aeronautics and Space, known as ISAE-SUPAERO, built the microphone that sits on Perseverance. Every month, Murdoch and her team collect eight recordings lasting about 167 seconds each.

“We estimate that a single microphone observation in the mid-day period (the time of day when there is the most dust devil activity) has only a 1 in 200 chance of recording a dust devil like the one we encountered,” Murdoch said. “We definitely got lucky, but we also carefully targeted the instrument observations to increase the chances of success.”

The SuperCam microphone was originally included to listen as instruments on the rover zap rocks to determine their properties, but its acoustic data is also shedding light on the atmospheric science possibilities on the red planet, Murdoch said.

“All of these measurements and analyses highlight just how valuable acoustic data are in planetary exploration. Therefore, in parallel, at ISAE-SUPAERO, we are developing the next generation of acoustic sensors that will be sent to other planetary bodies with an atmosphere in the future,” she said. 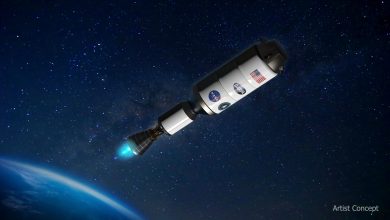 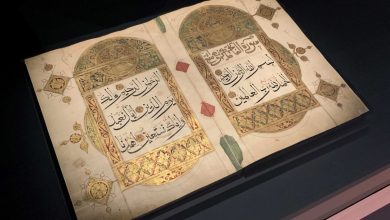 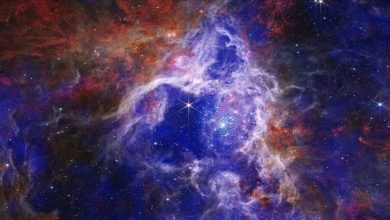