Washington: Unlike the lonely sun, about half the stars in our Milky Way galaxy are in a long-term committed relationship with another star, orbiting each another in a celestial marriage called a binary system.

Researchers this week described one of these marriages gone wrong – a twosome that borders on the extreme, with the pair whirling around each other every 51 minutes in the fastest such orbital period known for a rare class of binary stars. As part of the drama, one star is eating its companion.

The two stars are located about 3,000 light years from Earth in the direction of the constellation Hercules. A light year is the distance light travels in a year, 5.9 trillion miles (9.5 trillion km).

The system belongs to a class of binary stars known as “cataclysmic variables” in which a star similar to our sun orbits close to what is called a white dwarf, basically a hot and compact core of a burned-out star. Variable just means that their combined brightness varies over time when viewed from Earth. Cataclysmic refers to the fact that this luminosity changes dramatically – by a factor of 10,000 or more in some cases.

Over millions of years, the distance between these two stars has narrowed to the point that they now are closer together than the moon is to Earth.

“Imagine if the moon zipped across the sky 10 times a night. That’s the kind of speed we are talking about,” said Massachusetts Institute of Technology astrophysicist Kevin Burdge, lead author of the study published this week in the journal Nature.

Being close does not mean they are being nice to each other, though – the white dwarf is mercilessly siphoning material from its partner.

This larger star is about the same temperature as the sun but has been stripped down to just about 10% of the sun’s diameter – leaving it about the size of Jupiter, our solar system’s largest planet. The white dwarf has a mass about 56% that of our sun but is densely packed, with a diameter about 1.5 times Earth’s.

“It’s an old pair of stars, where one of the two moved on – when stars die of old age they become white dwarfs – but then this remnant began to eat its companion,” Burdge said.

“Basically, they were bound together for 8 billion years in a binary orbit. And now, right before the second one could end its stellar life cycle and become a white dwarf in the way that stars normally do – by evolving into a type of star called a red giant – the leftover white dwarf remnant of the first star interrupted the end of the companion’s lifecycle and started slowly consuming it,” Burdge said.

The researchers used data from the Palomar Observatory in California and telescopes in Hawaii and the Canary Islands.

Most stars are composed primarily of hydrogen, with lesser amounts of helium and other elements. The larger of the two stars in this binary – already growing old – is unusually helium-rich, not only because its companion has snacked on hydrogen from its outer layers but because it has lots of this element in its core through the slow process of fusing hydrogen atoms into helium in its thermonuclear caldron.

This binary system periodically brightens and fades in part because the larger star is being physically deformed into a teardrop shape, rather than spherical, by the white dwarf’s gravitational tug.

There are more than a thousand known cataclysmic variables, though only a dozen have orbital periods below 75 minutes. While this binary system’s 51 minutes is speedy, it is not a record when compared to other classes of binaries. The fastest-known orbital period among binaries is just 5 minutes and 21 seconds, with two white dwarfs orbiting one another.

“There is tons of wild stuff going on in space,” Burdge said. 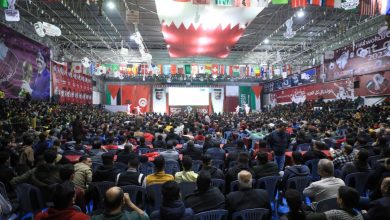 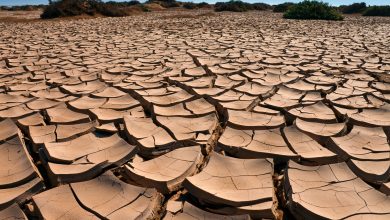