Beirut: HE the Minister of Youth and Sports in the Lebanese caretaker government George Kallas praised the FIFA World Cup Qatar 2022, the technical and logistical measures taken by the State of Qatar, and the unprecedented security and administrative organization internationally in the domain of sports; considering this Qatari success a message of peace from the Arabs to the world.

His Excellency stressed in an exclusive interview with Qatar News Agency (QNA) that the State of Qatar has distinctively succeeded in hosting this international sporting event, held for the first time in the region, an event covered by all major international media outlets across all the corners of the world.

Kallas added that he had the honor of visiting the State of Qatar as part of an official delegation headed by, HE the Prime Minister of the Lebanese caretaker government Najib Mikati, and the Minister of Tourism Eng. Walid Nassar, at the official invitation to participate in the opening ceremony of the FIFA World Cup Qatar 2022. HE the Minister of Youth and Sports that the State of Qatar has succeeded in being the first Arab country to host the World Cup, achieving an Arab accomplishment of high-level organizational stature, managing time well, and dazzling the world, not only by organizing the matches, but also the remarkable festivals and artistic events that accompany the opening ceremony, praised by major media outlets. This event which was both transmitted from Doha to the world, and brought the world to Doha, via high quality technologies and means of modern and artistic communication.

His Excellency stressed that the State of Qatar has already proven via the opening ceremony and the great World Cup preparations that it is well able to organize this exceptional event, making it a civilizational gathering that carries a call for peace through sports, and through the politics of building bridges amongst generations, cultures and civilizations, adding that as such, Qatar has proven to the world that Sport is capable of bringing peoples together much more than all political and international summits. HE the Minister noted in a related context the attendance of numerous leaders and politicians of Their Majesties, Highnesses, Excellencies, Heads of Government, Ministers and other officials in the opening ceremony He also referred to the sporting, political, economic, environmental and other kinds of summits and conferences organized very well by the State of Qatar. On the other hand, Kallas remarked the mass attendance of matches, including by Lebanese youth, in this historic international sports event which is spreading joy from Qatar and its stadiums across to the Arab World and the entire globe.

Kallas indicated that Qatar’s hosting of this World Cup in the name of all Arabs is a token of peace and civility, despite all that the Arab world is going through and suffering, stressing that by the State of Qatar and the Supreme Committee for Delivery and Legacy (SC)s hosting of the World Cup, they are conveying a message to the world that Arab countries and societies are capable of establishing peace, and building bridges of convergence for sincere dialogue amongst peoples, as well as achieving civilizational accomplishments through sports.

His Excellency the Minister congratulated the State of Qatar on this achievement and went on to say that the State of Qatar always proves that its Capital City Doha is a center for peace, cultural and sports, with a new achievement in its record, having succeeded in establishing an interfaith and civilizational dialogue, for the sake of peace among humanity. Kallas hoped that these current Qatari achievements and celebrations, enjoyed by the world, shall be a beginning of great Arab successes on the sporting, artistic and cultural arenas. 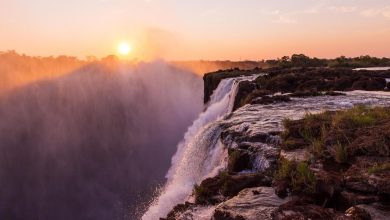