Doha: HE the Prime Minister and Minister of Interior Sheikh Khalid bin Khalifa bin Abdulaziz Al-Thani chaired the Cabinet’s regular meeting held at its seat at the Amiri Diwan on Wednesday.

Following the meeting, HE Minister of State for Cabinet Affairs Mohammed bin Abdullah Al Sulaiti issued the following statement: The Cabinet considered the topics on its agenda as follows: First – Approval of a draft Amiri decision establishing the Real Estate Regulatory Authority.

The preparation of the draft decision comes within the framework of implementing the real estate sector development strategy, and this authority aims – within the framework of the state’s general policy, to organize and stimulate the real estate sector, and contribute to its advancement. In order to achieve its goals, the authority must exercise several tasks and competencies, including: – Preparing a national plan for organizing and motivating the real estate sector to implement the strategy and general policy regarding this vital sector, taking into consideration the economic and social development plans of the state, and implementing them after their approval.

– Proposing programs and policies that would promote the real estate sector, and providing them to the relevant authorities.

Second – Approval of a draft law amending some provisions of Law No. 6 of 2014 regulating real estate development, and referring the matter to the Shura Council.

The amendment comes within the framework of harmonizing the provisions of the real estate development regulation law and the establishment of the Real Estate Regulatory Authority.

A licensing committee shall also be established in the Real Estate Regulatory Authority, which will be responsible for issuing real estate development licenses, developer licenses, and licenses for companies working in the field of management and maintenance of real estate under development. The formation of the committee, its system and how it functions, as well as the procedures to be followed before it, and the determination of its remuneration, shall be issued by a decision of the Cabinet.

Third – Approval of the two draft laws, and referring them to the Shura Council: 1- A draft law on the issuance of the Judicial Authority Law.

The draft law includes provisions related to the arrangement and organization of courts, court sessions and rulings, general assemblies of courts and temporary committees, as well as the formation of the Supreme Judicial Council and the appointment, promotion, secondment and assignment of judges, as well as the end of their tenure. 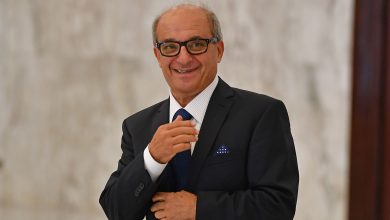