Doha: In their editorials Sunday, Qatari newspapers affirmed that HH the Amir Sheikh Tamim bin Hamad Al-Thani’s foreign visits give new impetus that will broaden horizons of relations in all fields at various levels.

The newspapers underlined that HH the Amir’s visits always bring good tidings for brotherly and friendly peoples, expressing conviction that these visits will contribute to uniting the ranks, advancing peace and stability efforts, and enhancing international understanding.

Al-Sharq newspaper referred in its editorial to HH the Amir’s recent visits to the sisterly Arab Republic of Egypt and the sisterly People’s Democratic Republic of Algeria, noting that these visits will enhance and develop relations in a manner that achieves the aspirations of the brotherly peoples, while at the same time promoting joint Arab action in overcoming the great challenges facing the region.

The paper indicated that the visits and the results of HH’s meetings and talks with his brothers HE President of the sisterly People’s Democratic Republic of Algeria Abdelmadjid Tebboune at His Highness’s residence in Oran, and HE President of the sisterly Arab Republic of Egypt Abdel Fattah El Sisi at Al Ittihadiya Palace in Cairo, support and strengthen the brotherly ties and give a new impetus to them.

The daily considered His Highness’ visit to the People’s Democratic Republic of Algeria as a translation of the distinguished relations between the two countries and the two leaders, as HH’s presence at the opening ceremony of the 19th Oran 2022 Mediterranean Games represents HH the Amir’s appreciation for his brother President Abdelmadjid Tebboune, and the special importance that His Highness attaches for Algeria.

The paper also pointed out that His Highness’ visit to the sisterly Arab Republic of Egypt was an opportunity to exchange views on matters and issues of interest to the two countries, in addition to supporting and strengthening the strong brotherly ties between the two brotherly countries for the good and interest of the two peoples.

Al-Raya daily underlined that there is no doubt that the Qatari-Egyptian relations have gained a new and strong momentum with the historic visit of HH the Amir Sheikh Tamim bin Hamad Al-Thani to the Arab Republic of Egypt, and the talks held by His Highness with HE President Abdel Fattah El Sisi, as these talks focused primarily on advancing bilateral relations to broader horizons, reaching the stage of strategic integration.

The newspaper pointed out that the Qatari-Egyptian relations are rooted historical brotherly relations, as they stem from the unity of goals and common destiny, noting that there is no doubt that the two countries constitute an important strategic dimension for each other.

The paper said that the State of Qatar believes that the delicate conditions that the region is going through require strengthening the approach of dialogue and consultation with the brothers in Egypt with the aim of reaching a common vision regarding challenges, and in a manner that achieves the interests of the two countries and the two brotherly peoples, stressing that by standing together in the face of challenges, the two brotherly countries and their peoples will avoid all the negative consequences that may result from them.

Concluding, Al-Raya said that the two brotherly countries have a sincere desire to develop relations and push them to broader horizons and broader fields to become a role model in the region for the complementary relations between brothers, and they seek to remove everything that would endanger the security and stability of the region, as maintaining the future of the region is everyone’s responsibility and requires joint cooperation to achieve the aspirations of the two brotherly peoples.

For its part, Al-Watan newspaper underlined in its editorial Sunday that HH the Amir Sheikh Tamim bin Hamad Al-Thani and HE President of the sisterly Arab Republic of Egypt Abdel Fattah El-Sisi held an official session of talks at the Federal Palace in Cairo yesterday.

The Qatari daily newspaper said that at the outset of the session, HE the Egyptian President welcomed HH the Amir and the accompanying delegation, wishing His Highness a pleasant stay. His Excellency also expressed his congratulations to HH the Amir on the anniversary of HH the Amir’s accession to power, praising the development and civilizational achievements made by the State of Qatar during the reign of HH the Amir in various fields, praying the Almighty Allah to grant His Highness good health and wellness, and the Qatari people further development and prosperity, the newspaper added.

The paper referred to HE the Egyptian President’s affirmation that His Highness’ visit is an important step towards developing bilateral relations between the two countries in various fields. HH the Amir thanked HE the President for the warm reception and hospitality, looking forward to strengthening cooperation relations in a way that achieves common aspirations, serves the interests of the two brotherly countries and peoples and develops them to broader horizons on various levels, the newspaper said.

Al-Watan pointed out that during the session, bilateral relations and ways to enhance and develop them in various fields were discussed, especially in the fields of investment, energy, defense, culture and sports, adding that HH the Amir and HE the President discussed a number of current issues on the regional and international arenas, and exchanged views on them, especially the situation in the Middle East.

In conclusion, the Qatari daily newspaper stressed that the Qatari-Egyptian relations are strong and that HH the Amir’s visit will certainly contribute to strengthening them and giving them more momentum in a way that meets the aspirations of our two brotherly countries and peoples. 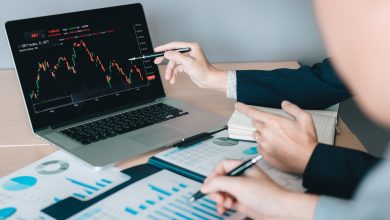 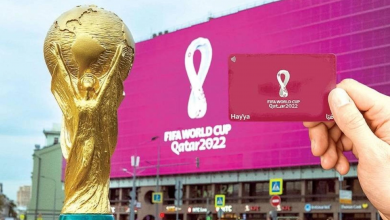