The curtain fell on the 2019 renewal of the Qatar Racing & Equestrian Club (QREC)-sponsored Qatar Goodwood Festival yesterday, at one the world’s most beautiful racecourses, which has been home for racing for over 200 years.

The finale the five-day Festival, which had a seven-race card, including six races sponsored by Qatar, was a fitting one with thousands of spectators at Goodwood and top level racing throughout the day.

Qatar Summer Handicap Stakes (Class 2)
The very admirable King’s Advice put up a brave performance to win the one mile, six-furlong, £100,000 Qatar Summer Handicap. Ridden by Joe Fanning, the son of Frankel saw off the Simon Crisford-trained Outbox by a neck, giving his trainer Mark Johnston a sixth winner of the 2019 edition of the Festival. The Andrew Balding-trained Shailene was third. Al Kuwari presented the winner’s trophy.

Qatar Lillie Langtry Stakes(Gr2)
Enbihaar excelled with a runaway five-length win in the £312,000 G2 Qatar Lilie Langtry Stakes. She was trainer John Gosden’s fourth winner of the Qatar Goodwood Festival from only eight runners. She was ridden to victory by Jim Crowley in the one mile, six-furlong. The Ralph Beckett-trained Manuela De Vega was second and the Aidan O’Brien-trained South Sea Pearl was third. AEF and QEF Chief Al Attiyah crowned the winners.

Qatar EBF Stallion Maiden Stakes (Class 2)
Persuasion made an impressive debut trainer Charlie Hills, winning the £30,000 Qatar EBF Stallion Maiden Stakes. Ridden by James Doyle, he overcame a slow start to win by half a length from the Paul Cole-trained Celtic Art and complete a double for the stable, which has now had four winners at the meeting. The Ralph Beckett-trained Great Ambassador was third the seven-furlong run. QREC CEO Al Kaabi presented the trophies to the winners.

Qatar Handicap Stakes (Class 2)
Land Of Legends’ win in the seven-furlong, £30,000 Qatar Handicap was a first at the Goodwood Festival for jockey Callum Shepherd, who was brought up locally. Land Of Legends, a three-year-old son on Iffraaj beat the William Muir-trained Jack’s Point by a length and three-quarters.
The Mark Johnston-trained Warning Fire was third. Al Kuwari crowned the winners

Unibet Stewards Cup Handicap Stakes (Class 2)
Khaadem had an easy victory in the £250,000 Unibet Stewards’ Cup for trainer Charlie Hills and jockey Jim Crowley.
Khaadem carried 9st 6lb to his two and three-quarter lengths triumph over the Amanda Perrett-trained Open Wide – the highest weight ever carried to victory in the race by a three-year-old. 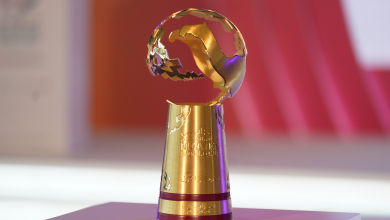 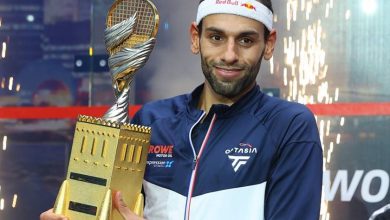 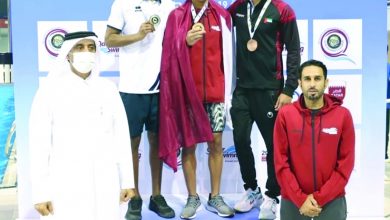 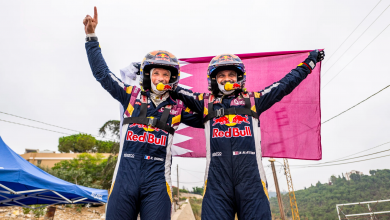