Doha: The Qatari national football team arrived in the Iraqi city of Basra to compete in the 25th Arabian Gulf Cup, which starts on Friday and concludes on Jan. 19.

Al Adaam received a great reception at Basra International Airport, as Iraq Football Association President Adnan Darjal, who is also Chair of the championship’s organizing committee, welcomed HE Sheikh Hamad bin Khalifa bin Ahmed Al-Thani, President of the Qatar Football Association (QFA) and the Arab Gulf Cup Football Federation, together with his accompanying delegation of QFA officials and the management of the team.

Mohammed Muntari, who scored Qatar’s only goal at the FIFA World Cup Qatar 2022, will miss the Gulf Cup 25 after suffering an injury.

The Qatar national team will go through its main training session tomorrow, in preparation for the opening match against the Kuwait national team, scheduled for Friday at 7:15 p.m. at the Olympic Port Stadium, as part of the Group B competitions, which includes the Emirati and Bahraini teams, who will also meet on the same day. 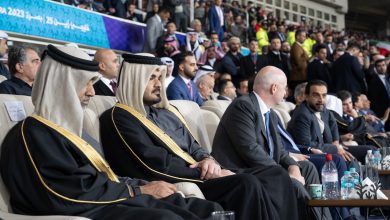 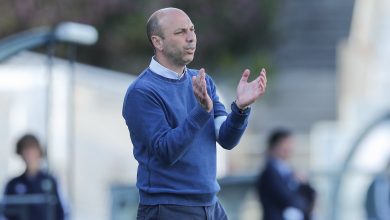 Qatar National Team Manager: “Our Ambition is Great and We are Focusing on Facing Kuwait” 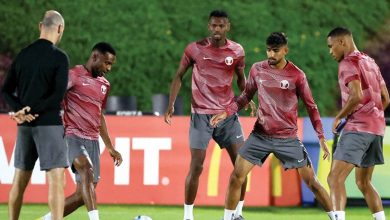 Qatar’s National Team Intensifies its Preparations before Traveling to Basra