Doha: Sport for Health partnership, which includes the Ministry of Public Health (MOPH), the Supreme Committee for Delivery and Legacy (SC), FIFA, and the World Health Organization (WHO), announced the implementation of tobacco and smoking prevention measures at the 2022 FIFA World Cup Qatar for a healthy and safe tournament.

In this context, tobacco and e-cigarettes will be banned in the eight World Cup stadiums to ensure that fans can enjoy watching the world’s largest football event in a smoke-free atmosphere.

“Each of the three partners have long promoted effective tobacco control measures, while also raising awareness around tobacco health hazards,” Representative of WHO in Qatar Dr. Rayana Bou Haka said in a press statement on Sunday, adding “they have also backed the implementation of a tobacco-free policy at FIFA sporting events.” “Evidence shows that successful tobacco-free mega sporting events depend on effective communication and enforcement of policies,” she stressed.

The FIFA Event Policy for Tobacco is in line with WHO recommendations for mega-sporting events and aims to protect people’s right to breathe clean air, uncontaminated by carcinogens and other harmful substances.

The strengthened regulation to make venues safe for fans is part of a unique collaboration between MOPH, FIFA, WHO, and SC, designed to harness the power of football to protect and promote health for all.

This, in turn, will create a blueprint for protecting and promoting health at mass gatherings which can then be shared with the International Olympic Committee, and other sports organizations.

According to WHO, tobacco remains one of the biggest public health threats the world has ever faced, killing 7 million people a year from direct tobacco use, and a further 1.2 million from the effects of second-hand smoke. The tournament organizers have taken measures with the goal of ensuring fans can enjoy the match without exposure to second-hand smoke.

FIFA has long been committed to countering the use of tobacco, being considered a pioneer among sports organizations in this respect. As far back as 1986, in the days when tobacco sponsorship was commonplace in sports, FIFA announced it would no longer accept advertising from the tobacco industry.

During the FIFA World Cup, Qatar will be assigning a team of 80 tobacco inspectors to support FIFA volunteers and security staff in enforcing the FIFA Event Policy on Tobacco. Visual and audio communications tools have also been designed to reach the sizeable audience and raise awareness by FIFA, Qatar, and WHO, including Florence, a virtual health worker created by WHO, able to provide digital counseling services to those trying to quit tobacco.

In this regard, MOPH’s Head of Noncommunicable Disease Dr. Kholoud Ateeq Al Motawaa said, “Qatar has been a frontrunner in tobacco control in the region, as for the FIFA World Cup, tobacco control measures have been developed for inside and outside stadiums, especially in public places, while tobacco-free environments in fan zones will be rigorously enforced where supporters without tickets can watch games on large screens surrounded by smoke-free air.”

“For two decades, global tournaments have been played in tobacco-free environments, but it is a necessary step to strengthen the implementation of that policy in Doha in November and December and we are committed to do so,” FIFA Head of Sustainability Federico Addiechi said, given that football is an important platform for social change.

In turn, WHO technical advisor on tobacco control Vinayak Prasad said, “prohibiting the use, sale and promotion of tobacco products at sporting events remains a key step in the battle against tobacco and illness associated with tobacco.” “The FIFA World Cup being held in Qatar in 2022 offers a powerful opportunity to take global tobacco control efforts to a new level,” he highlighted. 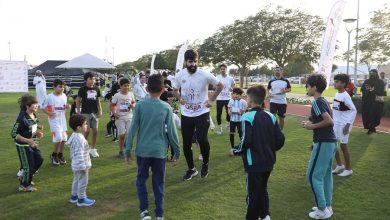