Doha: The General Directorate of Traffic (GDT) held on Monday a press conference on organizing the functioning process of order-delivery-designated motorcycles, with the participation of Assistant to GDT Director Brigadier General Nasser Al Mufqahi, Director of Traffic Security Department Brigadier General Mohammed Abdulraheem, and several other representatives of companies working in the field of delivery, at the directorate’s theater in Khalifa City.

Director of the Traffic Awareness Department at GDT Brigadier Dr. Mohammed Radi Al Hajri addressed the new terms and conditions for the functioning process of order-delivering motorcycles, which aim to regulate the movement of road users, within the framework of the efforts of GDT and its keenness to enhance road safety.

He reviewed the first paragraph of Article 85 of the Traffic Law Decree No. 19 for the year 2007, which stipulates that the container must be placed on top of the vehicle, organized, arranged, fixed, or tied safely so that it is not subject to moving or dropping.

Brigadier General Al Hajri said that these measures come within the framework of GDT’s keenness to achieve road safety and security and to reduce fatalities resulting from traffic accidents, in light of the steady growth and the increasing demand for delivery services.

During the press conference, Al Hajri added that these measures, which came based on the recommendations of a workshop organized by the directorate with the relevant authorities, include several requirements for the driver, the motorcycle, and the container, pointing out that they will be implemented as of Nov. 11, 2022.

He called on the owners of the relevant companies to abide by the new measures and requirements, as non-compliance with these measures is a violation of Article 85, third paragraph, with a fine totaling QR 1,500.

In press statements to Qatar News Agency (QNA), Director of Traffic Awareness Department Lieutenant General Jaber Mohammed Adiba said that there has been a continuous increase in the number of motorcycle accidents used to deliver orders in the recent period, due to non-compliance with public safety requirements.

In a related context, Major Saleh Al Nabit, who is an official at GDT explained that the ultimate goal of organizing the functioning process of order-delivery-designated motorcycles is to achieve traffic safety for road users and to present a decent civilized image for everyone. 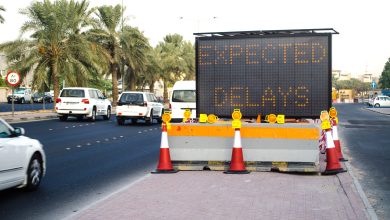