Doha: The Cultural Village Foundation, Katara, announced the opening of nominations for the ninth edition of the Katara Prize for Arabic Novel 2023, starting Tuesday, provided that it continues to receive the nominated works until Jan. 31, 2023, through the award website and according to the specific conditions for all award categories.

General Manager of Katara Dr. Khalid Ibrahim Al Sulaiti expressed his confidence that the Arabic novel will witness an unprecedented prosperity. The ninth edition will serve as a milestone in the history of the Arabic novel, as it is the first edition within the “World Novel Week” set on Oct. 13-20 of each year, and which was launched from the headquarters of the United Nations Educational, Scientific and Cultural Organization (UNESCO) in the French capital, at the initiative of Katara, which it has led since 2016.

He pointed out that Katara submitted a proposal to the Director-General of the Arab League Educational, Cultural and Scientific Organisation (Alecso) to allocate an international week for novel, signed by Arab novelists participating in the second Katara Prize for Arabic Novel in 2016. This initiative received the attention of those responsible for cultural affairs in the Arab world in their successive periodic conferences, which culminated in the adoption of the World Novel Week by UNESCO at the end of 2020, but the celebration was delayed due to the Covid-19 pandemic.

For his part, General Supervisor of the Katara Prize for Arabic Fiction Khalid Abdelrahim Al Sayed said that the announcement of the names of the winners of the eighth session of the Katara Prize for Arabic Novel 2022, starting from UNESCO headquarters, this October, is a great culmination of this prize, which has become famous, not only in the Arab region, but at a global level.

He added that the great importance that the Katara Prize for Arabic Novel has gained is due to the efforts made by the Cultural Village in supporting the Arabic novel and encouraging Arab novelists to be creative, noting, in this regard, the many initiatives and programs that coincided with each of the prize editions. For example, but not limited to, the “Novel and Fine Art” competition launched in conjunction with the third edition of the Katara Prize for Arabic Novel 2017, to take advantage of the intersections between narration and formation. The Katara Library for Arabic Novels was also launched in October 2018, in conjunction with the fourth edition, which is considered the first library specialized in Arabic novel in Qatar and the region. The “Mishwar wa Riwaya” application was also launched, which allows listening to the winning novels of the Katara Prize for Arabic Novel after converting them into audiobooks. This is in addition to dozens of training courses and workshops for teaching the art of writing novels, and lectures and panel discussions on prominent Arab novels, in addition to launching short story writing competitions.

The total prize pool of Katara Prize for Arabic Novel in its various categories, amount to about USD 345,000, including USD 90,000 in total prizes for the category of published novels. Where each of the three winners receives a prize of USD 30,000. In the category of unpublished novels, three prizes are awarded with a total of USD 90,000, with a value of USD 30,000 for each winner. For the unpublished studies category (research and fiction criticism), three prizes are awarded, each of which is worth USD 30,000, with a total of USD 90,000, while the total prizes for the unpublished boys’ novels category is USD 45,000, awarded to three winners with a value of USD 15,000 each. The winner of the published Qatari novels category receives a prize of USD 30,000, awarded to one winner. 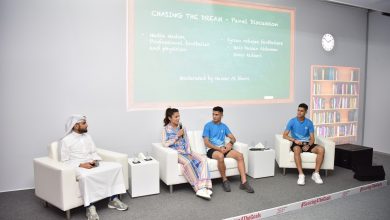