The orchestra will present, in the first concert, which will be held next Friday, a dramatic musical performance that includes some influential works by Wagner, Aram Khachaturian, and Johann Strauss. ,

The concert will include pieces from Wagner’s revolutionary operas such as, Tannhäuser, Der fliegende Holländer (The Flying Dutchman), and Die Meistersinger von Nürnberg (The Master-Singers of Nuremberg)– as well as excerpts from Khachaturian’s incidental music for the play Masquerade, and some of his works from the ballet Gayane. The event will conclude with a flourish, with the orchestra performing some of Strauss’ iconic waltzes (Kaiser-Walzer) and polkas (Tritsch-Tratsch-Polka). The Philharmonic will perform under the baton of internationally sought-after session conductor Johannes Vogel for this spectacular evening.

As part of the official celebrations to commemorate the tenth anniversary of the Cultural Years Initiative, the Qatar Philharmonic Orchestra will present the world premiere of the “Desert Rose” symphony at the Qatar National Museum on October 31, by Syrian-American musician Malek Jandali.

The Qatar National Museum is the jewel in the crown of Qatari culture, and its design reflects the Qatari identity. The features of authenticity and contemporary overlap in it, as its French architect Jean Nouvel wanted this masterpiece to take the form of interlocking discs inspired by the “Desert Rose”, which evokes the lifestyle of the Qatari people between the sea and the desert.

Based on the idea of the museum’s architecture, the composer Malik Jandali inspired his sixth symphony, “Desert Rose”, which makes it a wonderful orchestral work that reflects through music the rich heritage of the region and expands its scope; The symphony depicts its complexity and contrast in form and volume, along with traditional and modern symphonies, and reflects rapid progress intertwined with barren golden sand dunes and the abundance of seawater. 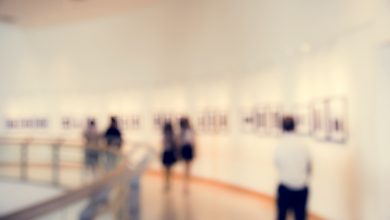