Doha: The latest Purchasing Managers Index (PMI) survey data from Qatar Financial Centre (QFC) indicated a decline in the commercial activity of Qatar’s non-energy private sector in August 2022, as well as the rates of expansion in total activity, new work and purchasing activity, compared to July, however, they were still strong by historical standards.

At the same time, a renewed reduction in backlogs allowed firms to cut their headcounts and subsequently protect profit margins. In fact, overall input price inflation rose only slightly during the month, but strong demand allowed firms to hike their charges at the quickest rate in eight months during August 2022.

At 53.7 in August, down from 61.5 in July, the latest PMI signaled softer, yet solid business conditions in Qatar’s non-energy sector.

Output rose at a more moderate pace in August, though the rate of growth was still marked and much quicker than the long-run series average. At the sub-sector level, the strongest performing area was the manufacturing sector, followed by wholesale & retail, services and lastly construction.

Similarly, new orders rose midway through the third quarter, and for the twenty-sixth month in a row. The rate of expansion eased to a 15-month low, but growth was still sharp. Firms continued to indicate strong demand for Qatari non-energy goods and services.

Despite marked increases in both output and new orders, Qatari non-energy firms chose to cut their headcounts in August. The rate of job shedding was only marginal, however. Signs of spare capacity emerged, with backlogs falling for the first time in 23 months. Firms indicated that headcounts were sufficient in meeting new order inflows.

Sustained new order growth led firms to raise their buying activity. Purchases have now risen in each of the last 26 months. In contrast, firms cut their stocks of purchases, albeit only marginally.

Turning to prices, overall input price inflation rose marginally, after falling in the previous survey period. An increase in staff costs was behind the overall rise, while purchase prices decreased for the first time in seven months.

Firms decided to capitalize on strong demand conditions by hiking their selling prices for the fourth month in a row. The overall rate of charge inflation was sharp and the quickest for eight months.

Finally, with the FIFA World Cup nearing, firms became more confident of output growth over the next 12 months. Sentiment was in fact the joint-strongest for almost a year.

The latest PMI data on Qatar’s financial services sector signaled further marked growth in August. Business activity increased at a slower pace to that seen in the previous eight months but was still much stronger than the long-run series average. New business growth followed a similar trend, easing to an eight-month low but remaining marked overall.

At the same time, employment stagnated after 11 consecutive months of expansion. Nevertheless, firms were hopeful of output growth over the next 12 months. In fact, sentiment reached a 26-month high.

In comments, Chief Executive Officer of QFC Authority Yousuf Mohamed Al Jaida said: “Companies in Qatar’s non-energy sector faced another month of bustling demand and strong output performance with the PMI still firmly in expansion territory in August.” “Rates of output and new order growth continued to ease but were still sharp by historical standards. Firms nevertheless protected their profit margins by cutting their headcounts in light of spare capacity.

Furthermore, overall input prices rose only marginally during the month and purchase costs fell. With demand strong, firms were able to raise their selling prices solidly. At the same time, sustained increases in demand and the upcoming FIFA World Cup supported hopes of output growth over the coming months,” Al Jaida added.

The Qatar PMI indices are compiled from survey responses from a panel of around 450 private sector companies. The panel covers the manufacturing, construction, wholesale, retail, and services sectors, and reflects the structure of the non-energy economy according to official national accounts data.

The headline Qatar Financial Centre PMI is a composite single-figure indicator of non-energy private sector performance. It is derived from indicators for new orders, output, employment, suppliers delivery times and stocks of purchases. 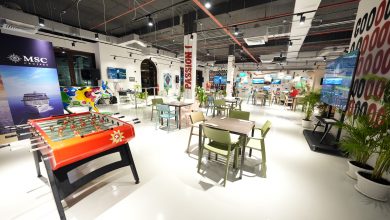