Doha: Al Wakrah recovered from two goals down to make a big 4-2 win over Al Duhail in their debut at the QNB Stars League at Educational City Stadium on Wednesday.

This is Al Wakrah’s third successive victory over Al Duhail after last edition’s 4-0 and 4-1 wins while this is Al Duhail’s first-ever loss in their all-time week 1 encounters in the championship.

Al Duhail opened the score in the 15th minute by an own goal from Al Wakrah’s defender Murad Nagi before Lucas Sainsbury netted the equalizer in the 45th minute. In the second half, Michael Olunga gave Al Duhail the lead again in the 50th minute but a 68th goal from Omid Ebrahimi and a double from Gelson Dala in the 54th and 90th minutes returned the lead for Al Wakrah.

Al Duhail fully controlled the first 30 minutes of the first half through good distribution, ball possession and the speedy transfer to attacking state which created spaces within Al Wakrah’s defense areas. This paved the way for Belgian Edmilson Junior to start on-goal tries with a strong shot in the 11th minute which was skillfully saved by goalie Saud Al Khater.

In the 15th minute, a cross from Edmilson eluded defender Naji who turned the ball into his own goal.

Tunisian Ferjani Sasi was about to stretch the lead in the 25th minute when he exploited Al Wakrah goalie’s mistake and sent a strong shot but Brazilian defender Lukas Mendez managed to save it at the appropriate time.

Liberating from their defense areas, Al Wakrah returned to the game in the last quarter of the first half. A strong shot from Angolese Dala in the 32nd minute went outside the right goalpost, and Mohamed Ramadan could have scored in the 37th minute when he received the ball in the penalty area and bamboozled the defenders, but his shot went above the bar.

Then, in the 45th minute, new signing Australian Lucas Sainsbury returned Al Wakrah to the match when he headed a corner in.

Al Duhail waited only for five minutes in the second half to restore the lead with Kenyan Olunga scoring from Edmelson’s excellent cross.

Four minutes later, Dala drippled more than one defender and sent a creeping shot towards the far angle of Mohamed Al Bakri’s goal.

Iranian Ebrahimi gave Al Wakrah the lead when he scored from the penalty spot in the 68th minute after being blocked by Luis Martin in the penalty box.

Goalie Saud Al Khater showed big saves when he thwarted two definite goals in the 76th minute from a free kick by Edmelson and a strong shot from Olunga’s follow.

Depending on counterattacks, Dala secured Al Wakrah’s win when he extracted the ball from defender Sultan Alburaik to find himself face to face with the goal keeper and easily struck the fourth goal. 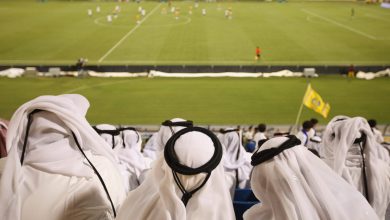 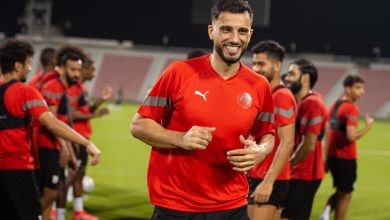 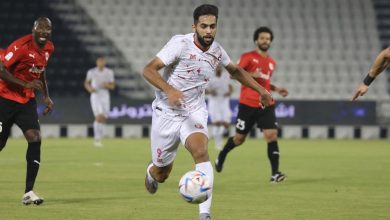 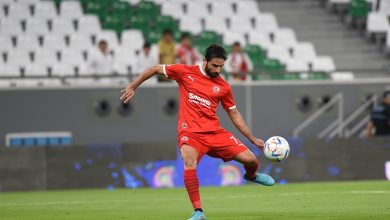