Doha: Under the patronage of HE Prime Minister and Minister of Interior Sheikh Khalid bin Khalifa bin Abdulaziz Al-Thani, the work of the 14th Doha Interfaith Dialogue Conference will kick off in Doha on Tuesday, under the title “Religions and Hate Speech Practice and Scriptures”, with the participation of about 300 scholars, religious leaders, researchers, academics, media professionals and interested persons from 70 countries around the world, in addition to participants from the State of Qatar.

This 14th International Conference is organized by the Doha International Center for Interfaith Dialogue (DCID), and it will revolve around three related areas: Hate Speech (causes, drivers and risks), Types and Forms of Hate Speech, and Desired Actions for Combating Hate Speech.

The aim of the Conference is to analyze the link between the rise of international terrorism, religious radicalism, and the way some actors and narratives make use of this elements to promote hate speech, racism, xenophobia and Islamophobia.

In a statement on this occasion, HE Chairman of the Board of Directors of the Doha International Center for Interfaith Dialogue (DICID) Dr. Ibrahim bin Saleh Al-Nuaimi, said that the Doha conferences that are held periodically represents a consultative intellectual forum between thinkers and representatives of the monotheistic religions, in addition to a selected group of religious scholars, academics and heads of interfaith dialogue centers from around the world.

On the topic of this year’s conference, His Excellency explained that hate speech involves a violation and derogation of human rights, and it is one of the most urgent religious and humanitarian issues at the present time, which must be emphasized and maintained.

This conference aims to address the issue of hate speech and its dimensions and the positions of religions against it, and calls for love, tolerance and sympathy, with wide participation, and in the presence of personalities from countries affected by hate speech around the world, His Excellency added.

His Excellency stressed that the Doha conference will focus on the common denominators, and call for a common word among the monotheistic religions, to find a ground for coexistence for the benefit of humanity in general, away from discussing the ideological issues of each religion.

His Excellency also announced that during the conference, the Fourth Doha International Prize for Interfaith Dialogue will be awarded, which is the fourth session of the prize and its title this year (Outstanding Contributions in Spreading the Culture of Moderate Discourse); To be consistent with the objectives of the conference.

His Excellency stressed that the award winners were selected based on their achievements in spreading the culture of moderation discourse, bringing peoples together and followers of different religions, and refuting hate speech, incitement, discrimination, racism, extremism and terrorism.

The award is supervised by a specialized committee of trustees consisting of members representing the three monotheistic religions, in addition to officials from the center.

The Doha International Award for Interfaith Dialogue was launched in 2013, and it is a unique initiative of its kind in this field worldwide.

His Excellency pointed out that the Doha International Center for Interfaith Dialogue, organizer of the conference and supervisor of the award, has become a source of pride for every Qatari citizen, Arab and Muslim anywhere, as it is the leading institution in Qatar concerned with interfaith and intercultural dialogue and capacity building in the field of dialogue and a culture of peace.

In a related context, His Excellency referred to the various initiatives of the State of Qatar in the field of dialogue and communication between followers of these religions, civilizations and cultures, which earned it a prominent global position and made it one of the world’s most influential countries in such issues.

His Excellency stressed that one of the conferences objectives is to convey to the interlocutors the point of view of the Qatari citizen and the Muslim regarding the issues raised clearly without any compromise on principles or what we believe in, in addition to clarifying the principles of Islam in its call for tolerance, love and coexistence and the rejection of hatred and aggression against non-aggressors.

His Excellency also touched on what the monotheistic religions have in common, stressing that all religious texts within the heavenly books call for fighting hatred and spreading love and tolerance, but some practices on the ground show the opposite, where hatred is practiced in the name of religion, and religions have become a vehicle for fighting religions and hate speech was the primary method for that. 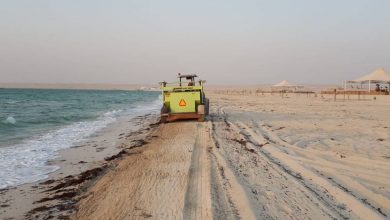